a colossus of sand

a blue is no the same blue beside a green, a yellow, a red
~don't run after poetry: it penetrates unaided through the joins (ellipses)~
“cutting. passages of dead images. to living images: everything blossoms, afresh:

i saw Him in the flashing lights // an apparition of a black SUV // there was no ending // in the maze of escape
the reductive forms of language: a genuine anthropological cataclysm
to eclipse: the grace of obscure centuries... the scandalous revolutionary force of the past

the Sacred manifesting not only incarnationally but also carnally, disrupting bourgeois conformity and ushering in something like a crisis of the sublime.
a neorealist fabula wherein the saintly and persecuted visionary bleeds out on a hotel balcony:

in the silence and the light that invade the emptiness are the mute signs of tragedy. 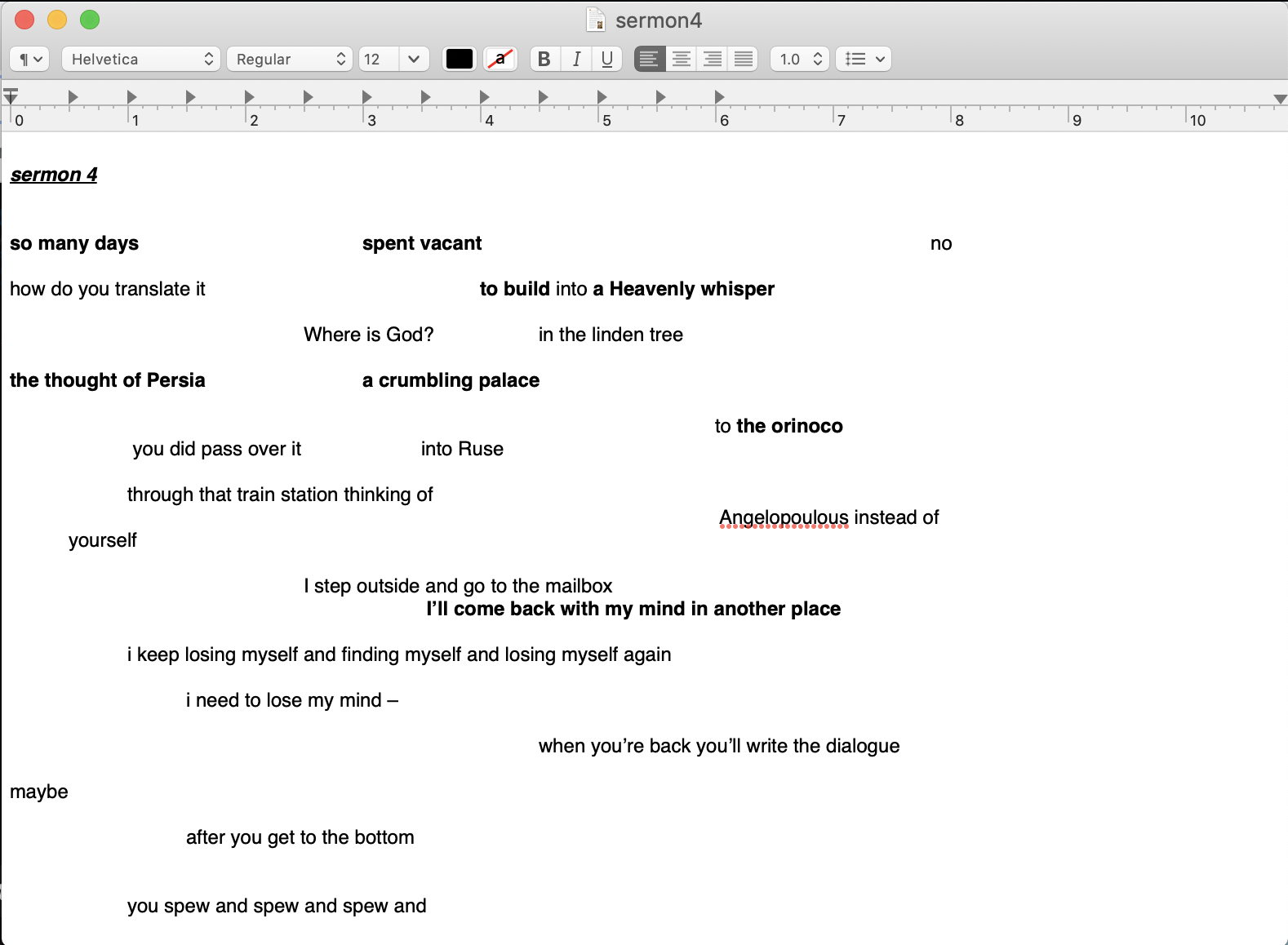 no desert will be more deserted than a house, a plaza, a street where people live in the 1970s after christ Here is solitude. side by side with your neighbour, dressed from the same department stores as you, reader of the same newspapers as you, spectators of the same television as you, there is silence there is no other metaphor of the desert than everyday life


behold that I announce to you a mystery:
all of us, certainly, will not fall asleep, dying, but all will be transformed in an instant, at the sound of the final trumpet… the God who created the world and everthing that it contains, Lord of heaven and earth, does not inhabit temples built by man, and cannot be served by the hand of man:
as if he had need of our thing, he who gives life, breath, and every good to everyone.

another future: to be Created


his gaze rests on the sea, which appears like an immense blue wall, lost against the horizon. silent. enigmatic. insurmountable.